Several years elapsed until my most recent visit, in November 2016.  Motivated by stories of the RQ-170, RQ-180, B-21 etc, and by photos of unidentified flying triangles leaving contrails over Wichita, KS and Amarillo, TX, I knew it was time for a visit again.


Day one featured lots of dogfighting jets overhead and to the north.  Mainly Aggressor F-15s and F-16s out of Nellis, which dropped a lot of flares and also the occasional sonic boom.  Also a couple of low level C-17s flying though the eastern end of the Tikaboo Valley, and exiting over Hancock Summit.  My third day was similar, with the addition of some Draken International A-4 Skyhawks flying low level through the Valley, again out of Nellis.


Day two was the interesting day.  It was US election day, and had started strangely when I followed a convoy of trucks hauling a retired Boeing 777 fuselage sections for several miles as they passed northbound through Alamo.  I wondered if they were heading for Groom Lake, but then they headed north on the 318 towards Hiko when I turned West onto the 375.


The morning was much the same as the other days, with F-15's and 16's playing overhead.  Looking west into Groom Airspace from my location, I saw a couple of Janet 737-600's depart, and more interestingly two F-16s simultaneously operating in the circuit for runway 32 at Groom.


Things went quiet around 1300.  Very quiet.  Nothing moved for two hours and I was thinking of moving to another vantage point, such as Queen City Summit, or maybe the Powerlines Overlook.


Then the sound of jet noise caught my attention and that's when I got my first sight of a Groom Lake Su-27 Flanker.  Flying NE at around 30000 feet leaving an intermittent contrail.  The time was 1500 and the sun was moving to the west as the Flanker and a F-16 gave me a private 25 minute air display.  The pair seemed to perform a series of head on intercepts at descending altitudes from 30000 feet to around 20000 feet, only a mile or two to the east of me.  This meant they were beautifully illuminated by the sun.  After the head on intercept, the pair would break into a turning dogfight, with the Flanker using it tremendous manoeuvrability to try and get behind the F-16.  I took a long series of photographs, but as the aircraft were fairly high my autofocus couldn't cope.  I had to shoot in manual mode, constantly moving the focussing ring to attempt to get some reasonable images. 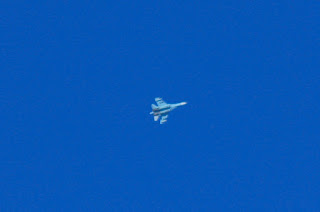 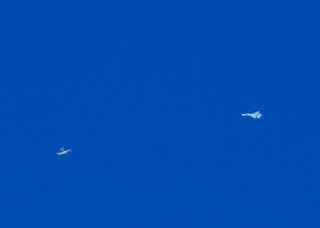 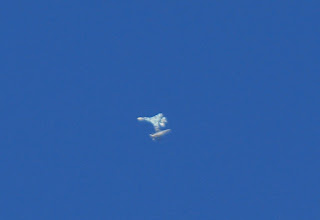 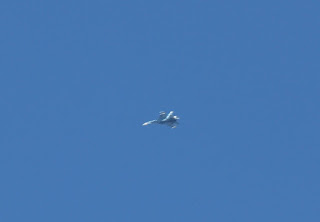 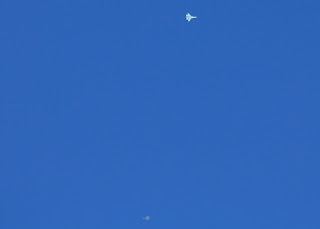 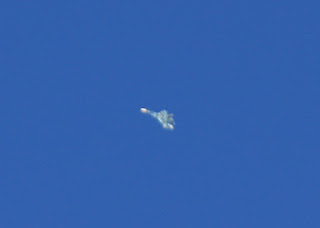 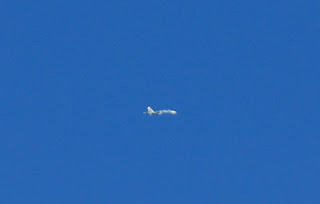 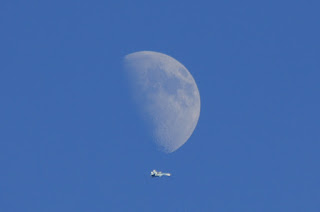 The Su-27 was clearly a single seater, a Su-27P Flanker-B.  I was aware that at least two 2-seat Su-27UB Flanker-C's had been imported into America and operated with civil registrations (N131SU and N132SU).  It was not one of these.   Quite apart from the physical difference between the -P and -UB models, they both operated in a jagged blue-grey camouflage, with grey nose and fin tips, and a grey underside.  This Flanker was in the classic 1990's 2 tone blue colour scheme, with white nose and white fin tips.  A very different aeroplane. There had been rumours that the US had obtained 2 single seat Flankers from Belarus in 1996 or 1997, so I figured it should have been one of them.


After the final dogfight, when I was lucky enough to catch on camera the F-16 flashing directly in front of the Flanker, the pair climbed back to 30000 feet or so, and headed SW back into Groom Lake restricted airspace.  Interestingly the Flanker left a solid contrail, while the F-16 left none despite being at a similar altitude.


Absolutely thrilled by what I had witnessed, I wasn't bothered by the fact that nothing else flew that day.  I had finally caught on camera for the first time the Su-27 that the Americans had supposedly been flying secretly from Groom Lake for the last 20 years.
Job done!
Posted by Stealth Spotter at 11:13